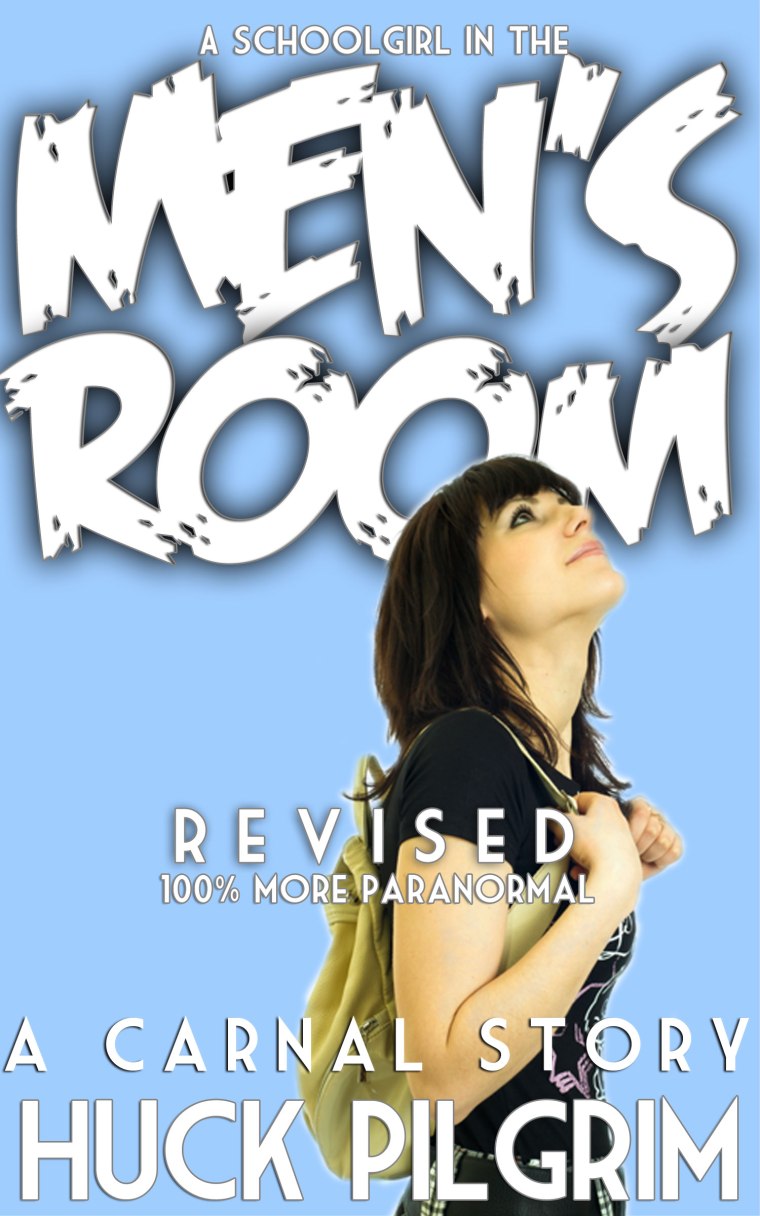 I’m cooking up a rewrite of MEN.

I’ve been working on it for the last few weeks and I’m really pleased with the result. If possible, I’d like to release it on Smashwords and Amazon sometime in November.

The updated cover appears above and the new marketing blurb/jacket copy for this story is below. Keep in mind that all this–the cover and the blurb–are preliminary and may change before I publish.

In “MEN,” Joanie Salinger invites Moe Dice, good friends with her former boyfriend Roger Bones, to have sex with her in one of the bathrooms at Carnal High. At first excited, Moe soon realizes he is being used and takes off, leaving Joanie frustrated and angry. The mysterious Don Manley—Mr. Manley to Joanie— comes in to use the urinal. Don says he can offer Joanie the kind of relief she’s looking for but suggests she carefully consider her options. Ignoring Mr. Manley’s warning, Joanie lets this strange man satisfy her needs. When another man comes in to use the facilities, Joanie is at first humiliated, but soon discovers she can’t resist her own strong cravings and ends up having sex with him, too. Moe eventually returns, this time with Roger in tow, and Joanie learns that Mr. Manley’s cryptic offer for relief has come true—she no longer wants to hurt her former boyfriend, but now she finds herself burdened with an even stronger, more complicated desire. As Don softly encourages her, she swallows her pride, slips to her knees, and offers both Moe and her former boyfriend an unexpected “truce.” In the little town of Carnal, everyone is driven by desire, and no one leaves town a virgin.

One thought on “Coming Soon: MEN, a revision”